Maryland Farmer Predicts Who
Will Be the Next U.S. President

He’s been called “the human crystal ball” for predicting some
of the biggest events in America over the past 20 years. 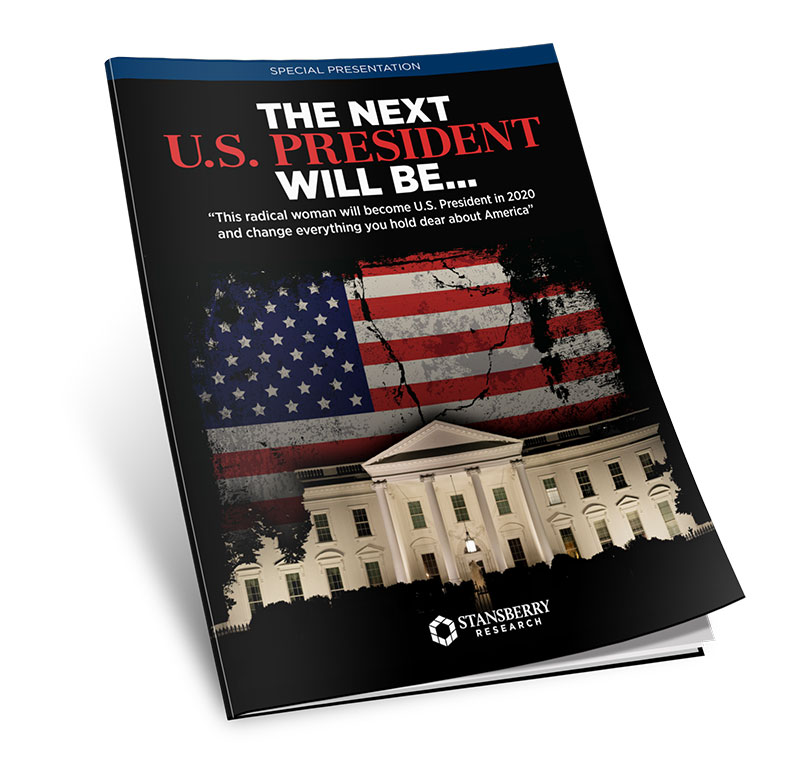 This radical woman will become U.S. President in 2020 and change everything you hold dear about America”

Enter your email address below and find out:

In 2008, he predicted the bankruptcy of Fannie Mae and Freddie Mac

In 2007, he predicted the bankruptcy of General Motors

He predicted the collapse of Gannett (publisher of USA Today) in 2008… General Growth Property (America’s biggest mall owner) in 2009… and D.R. Horton (America’s largest homebuilder) in 2008…

As early as 2010, he predicted the collapse of oil and natural gas prices

In this new presentation, he’ll show you who will win the 2020 Presidential Election… Why… And how it could impact your wealth and retirement.